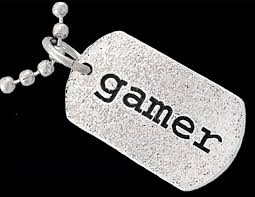 The word "gamer" refers to an individual who spends his time playing video games. Whether professionally or just for leisure, gamers are gaining ground and population, every day all over the world!

Gamers nowadays come in all ages, shapes, and sizes, thanks to more gaming options and platforms than ever before. However, there are a number of variables that bring us all together and allow us to be classified into distinct groups.

There are dozens of traits that may be used to distinguish different types of gamers, ranging from how you approach gaming in general to the types of games you prefer to play and how you play them to the amount of time you spend playing them. Here are the types of gamers classified:

The newbie is someone who is still learning or still new to gaming but is willing to learn. This player is inexperienced and still has the training wheels on.

This player only has one thing in mind and it isn't just having a good time for the sake of having fun. There is no such thing as a friendly match for this type of gamer; the only option is to win, and the only time they enjoy themselves while playing a game is when they raise their arms in triumph after outscoring, outplaying, and/or outwitting their opponents.

Every game a Super Competitive Gamer plays is the most significant war they've ever fought, and they can't stand losing, especially when playing against friends.

There is no word more appropriate to describe this gamer than "hardcore". This gamer plans his whole life around video games. He/she is antisocial. Their pleasure is derived from shutting out the outside world, staying in and playing video games. They take satisfaction in their gaming accomplishments, just as you would in a job promotion.

We all know a backseat gamer, as we all know a backseat driver. This gamer refuses to take up the controller but spends most of the time as a very audible spectator, dishing out criticisms and unruly advice. It will be fun to discover that they are no better than the gamers they criticize.

This gamer wants nothing more than to express his mental superiority or to flex his mental muscles.. He enjoys taking on puzzles of any kind just to prove that he can triumph. They always find the best approach to solve their puzzles. They are not in a competitive with any other person but themselves.

A cheater will do everything just to win. He knows all the shortcuts, cheat codes, hacks and mods to any game. This gamer is the most desperate and despised gamer around the world. They simply do not play fair.

This player would simply not play unless there is an ultimate prize to be won. He/she does not play for fun. Whether it's just money, a trophy or a slap to the face for the loser, there has to be something at stake for him to play

This is another word for a professional gamer. This gamer plays not just for fun but as a source of livelihood. He is a professional and finds best ways to do his job and earn a living. It could be his major source of income, or his side hustle. And yes, it is possible and they exist.

There are many more Classifications but these just sums all of them.

Which kind of gamer are you? 🎮🎮